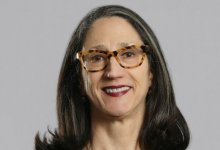 Board of Governors Distinguished Professor Norma M. Riccucci has been selected as this year’s Herbert Simon Award recipient by the Midwest Political Science Association (MPSA). The award honors a scholar who has made a significant career contribution to the scientific study of bureaucracy. As this year’s awardee, Riccucci will deliver the Herbert Simon Award lecture, "Applying Critical Race Theory to Studies on Bureaucracy and Public Administration," during the 78th Annual MPSA Political Science Conference, which will be held virtually April 14-18.

“Dr. Riccucci has spent more than 35 years conducting research, teaching, and honing her skill. She carved out a niche in the area of bureaucracy and in due time she became the world's expert in that area,” said Charles E. Menifield, dean of the School of Public Affairs and Administration (SPAA) at Rutgers University–Newark. “She is a great example for our students and faculty on so many levels. I am very proud of her and am extremely happy that she is a faculty member in SPAA.”

The Herbert Simon Award is just one of many honors Riccucci has received during her esteemed career. Her other major accolades include the National Association of Schools of Public Affairs and Administration (NASPAA) William Duncombe Excellence in Doctoral Education Award; Public Management Research Association (PMRA) H. George Frederickson Award for Career Contributions in Public Management Research; Distinguished Research Award jointly given by NASPAA and ASPA; ASPA’s Charles H. Levine Memorial Award for Demonstrated Excellence in Teaching, Research, and Service to the Community; ASPA’s Dwight Waldo Career Research Award; ASPA’s Herbert Simon Award for Best Book; and American Political Science Association’s John Gaus Award for a lifetime of exemplary scholarship in the joint tradition of political science and public administration. Moreover, in 2005, Riccucci was elected a Fellow of the Congressionally-chartered National Academy of Public Administration.

In the area of service, Riccucci has held mentoring and leadership roles for national and international journals, conferences, and associations. She has served as a past president and board member of PMRA.