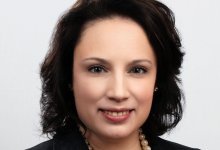 Dr. Stephanie Newbold is an associate professor in the School of Public Affairs and Administration (SPAA) at Rutgers University–Newark. She specializes in the intellectual history of public administration, democratic-constitutionalism governance, and the intersection between the American Constitution and the administrative state. Within her research and teaching, she invokes the Constitution, the rule of law, and relevant Supreme Court decisions in an effort to demonstrate how the constitutional heritage of the nation has shaped and continues to shape public administration.

In 2012, she served as a U.S. Supreme Court Fellow in the Office of the Counselor to Chief Justice John Roberts, affording her the opportunity to contribute to the administrative functions and responsibilities of the Supreme Court and other judicial branch agencies. In this position, the U.S. Department of State recognized her for making significant contributions to the advancement of international rule of law programs. Dr. Newbold has also worked for the Office of the White House Chief of Staff and the International Center for Jefferson Studies at Monticello.

As part of the Big Ten Conference on the Democracy in the 21st Century initiative, a collaboration of schools to develop educational programs that promote active civic education and engagement, she is currently serving as the lead organizer for the section focusing on the federal judiciary in the 21st century. Programming being planned in this area over the next academic year includes events to examine the institutional structures and dynamics of the U.S. federal courts and the Supreme Court in particular, as well as discussions about the political dynamics and social implications of the federal judiciary's decision-making.

We spoke with Dr. Newbold about some of the important upcoming cases the Supreme Court will hear this session and the potential impact of the Court’s decisions on these cases.

This term, the Supreme Court will be hearing arguments regarding affirmative action in admissions at institutions of higher education. How could a decision in this case change how schools can admit students?
On Monday, October 31st, the Supreme Court will hear two affirmative action cases. One involves undergraduate admissions at Harvard College and the second concerns undergraduate admissions practices at the University of North Carolina at Chapel Hill. Students for Fair Admissions Inc., an anti-affirmative action group, allege that both universities’ race conscious undergraduate admissions policies violates the 14th Amendment’s Equal Protection Clause and Title VI of the Civil Rights Act of 1964. Under current Supreme Court precedent, as established in Grutter (2003) and Fisher (2016), universities can use race as one of many holistic factors to create a diverse student body. In both cases, the petitioners are asking the Court to overturn these past precedents, thereby, making it unconstitutional for public universities and private universities that accept federal dollars to use race as any factor in their admissions processes. If the Court rules against Harvard or UNC, it will mean that higher education admissions offices when no longer be able to use a prospective student’s race as a category of consideration.

In states that ban the use of affirmative action in admissions criteria, what was the argument in favor of banning them and did that harm diversity efforts?
The argument against affirmative action is that it is does exactly what it is trying to prevent: discriminating against individuals based on race. In 2007, Chief Justice John Roberts famously observed, “The way to stop discriminating on the basis of race is to stop discriminating on the basis of race.” Opponents maintain that when institutions rely upon an individual’s race in admissions, hiring, or promotion it undermines equal protection under the rule of law and the principle of fundamental fairness. They maintain that racial classifications are an unconstitutional, undemocratic means to promote diversity and that a prospective student’s race or ethnic origin should not serve as a determinative factor for admissions into a university.

By contrast, organizations and states that support affirmative action initiatives maintain that such efforts help to foster environments where all types of individual diversity are represented in a more equitable manner. Everyone’s background is not equal and considering an individual’s lived experience is critical to upholding principles of fundamental fairness and equality of opportunity. Regarding university admissions specifically, using race as one factor among many in admissions decisions enables institutions of higher education to create more diverse, multi-faceted campus communities that more accurately reflect society at large. This, in turn, prepares students to engage the world in ways that are complementary to principles and practices associated with democratic governance.

Another major case being heard this session will be asking the court to consider how equal treatment of LGBTQ clients intersects with a private business’ protections afforded by the First Amendment. How does this compare to previous decisions by the court on similar issues?
In 313 Creative LLC v. Elenis, the Court will determine if businesses open to the public can refuse to provide services to potential customers based on religious views or other similarly held convictions. In this case, the constitutional question is whether a state violates the 1st Amendment when it legally requires a business to offer same-sex couples the same services as opposite-sex couples. Based on recent precedent, the Court will likely rule in favor of businesses who object to these requirements. In Burwell v. Hobby Lobby (2014), the Court held that businesses could opt out of the Affordable Care Act’s mandate to cover certain contraceptives for women, if this mandate violated their religious beliefs. In Masterpiece Cake Shop v. Colorado Civil Rights Commission (2018), the Court ruled that a Colorado baker had a 1st Amendment constitutional right to refuse to bake a wedding cake for a customer entering into a same-sex marriage.

What impact could a decision have on free speech claims?
If the Court rules in favor of 313 Creative, as it did in the cases involving Hobby Lobby and Masterpiece Cake Shop, it will mean that private sector entities can rely upon the 1st Amendment and their individual religious views to refuse service to LGBTQ individuals and groups. Many will likely view such a decision as constitutionally approved, Court sanctioned discrimination.

This session, the court will also be determining who controls federal election law within each state, answering a question of whether the U.S. Constitution or the state’s constitution and courts can oversee election laws that apply to national elections. What are the concerns regarding the potential decisions in this case?
Moore v. Harper represents a consequential threat to American democracy. Here, the Supreme Court will examine the decision of the North Carolina state supreme court to reject the North Carolina state legislature’s efforts to redistrict the state’s congressional map. The North Carolina high court held that the legislature’s newly established redistricting map represented extreme gerrymandering that unfairly favored the Republican Party and ordered the state legislature to redraw the state’s congressional map, yet again. This decision began an intense legal battle between these two state branches of government over which maintained the authority to alter the state’s redistricting efforts. If the Supreme Court rules in favor the NC state legislature, it will mean that state legislative bodies throughout the country will have no check on their authority to redistrict, even if redistricting purposively violates the rights of citizens to be represented fairly.

What (recent) court decisions have affected the field and practice of public administration?
All Supreme Court decisions affect public administration. The Dobbs case, which overturned Roe v. Wade and Planned Parenthood v. Casey, is especially illuminating, because it turned over abortion regulation(s) to the states. As such, enormous controversies concerning federalism and intergovernmental relations will soon arise over whether one state can bar women from traveling to another state for an abortion. Other key questions along these lines include: Will anti-abortion states be allowed to prohibit advertising for out-of-state abortions or will they be able to ban organizations seeking to help women get to an out-of-state abortion provider? Can an anti-abortion state interfere with the mailing of FDA approved prescription drugs used to induce an abortion? The majority in Dobbs did not answer any of these questions which will undoubtedly mean the Court will have to revisit this controversy in the near future whether it wants to or not.